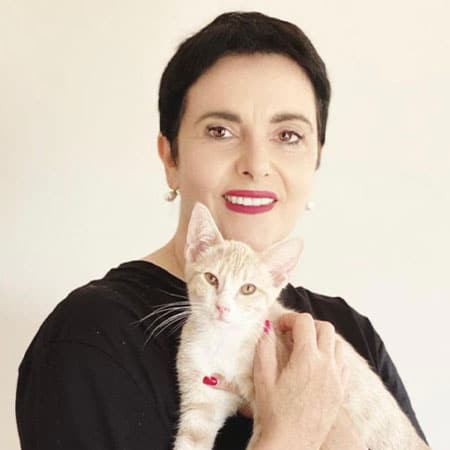 Donna became involved in animal activism approximately 15 years ago just as the plight for Rhino poaching was beginning to be highlighted. During the years, hoping to make a difference for the voiceless, she actively protested outside the Vietnamese consulate, the Union Buildings and the judiciary courts in Johannesburg during the court appearances of rhino horn dealers/smugglers for the stop of Rhino poaching.
read more

She moved to Cape Town in 2014 and has attended the Global March for Elephants & Rhino marches, as well as protesting against the use of animals in the Brian Boswell Circus and The McLaren Circus. In 2015, Donna adopted her cat, Daisy,  from a shelter, and that was the beginning of her involvement in animal welfare. She found her calling and true passion. Donna volunteered her time, at least twice a week at the shelter and this is where she met Michelle. They connected, being like minded about animal rescue and formed the idea of having their own rescue organisation. As they say, the rest is history. 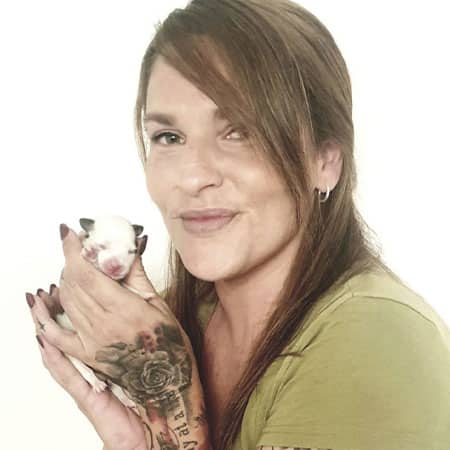 Michelle grew up around animals and has always had a knack for saving little lives. Surrounded by her parents who were constantly rescuing vulnerable dogs and cats, fate would have it that Michelle would follow in along the same path. Mish started her venture with the metro police K9 and horse unit, completing a kennel management course in 2010. From there, she moved into the Rescue world, having spent time working at the SPCA where she gained so much more experience.

Michelle has worked for various shelters and rescue organisations over the years until finally she decided it was time to start her own rescue organisation, and thus, together with her mother, Charmaine, and friend, Donna, Rescue is Life was established.  With specialized knowledge in canine care, Mish manages all of our dogs and puppies that come through our doors, ensuring that they get the absolute best start to their new lives. 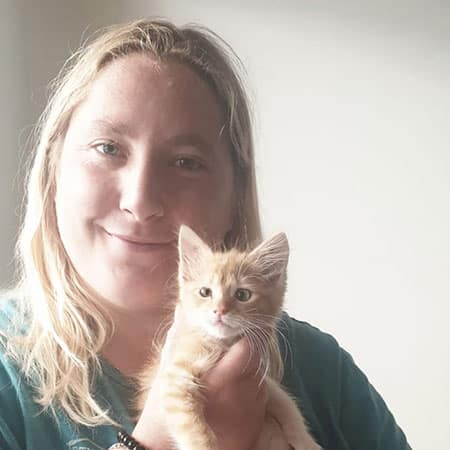 Jess grew up surrounded by cats and kittens her entire life and so it made complete sense that when Jess entered the world of fostering in 2018 that she would fall in love with animal welfare. Jess ran a national youth movement for two years which primarily focussed on informal education within the youth of the South African Jewish community. While working for the youth movement Jess found a way to also foster young kittens on the side, subconsciously igniting her passion.

When Jess left the youth movement she moved to Israel where she continued to work in informal education with youth from abroad, but she again fostered kittens whenever she could. Through these experiences Jess came to the realization that her true passion is working with the most vulnerable of cats and kittens and thus she embarked on the journey to learning as much as she possibly could (and still can) about animal welfare and in particular, kitten rescue and advocacy. After moving back to Cape Town midway through 2020, Jess came across Rescue is Life on Facebook and began fostering for the organisation. After a few months a real relationship was created between Jess, Mish, Charmaine and Donna, eventually leading to Jess joining our team! 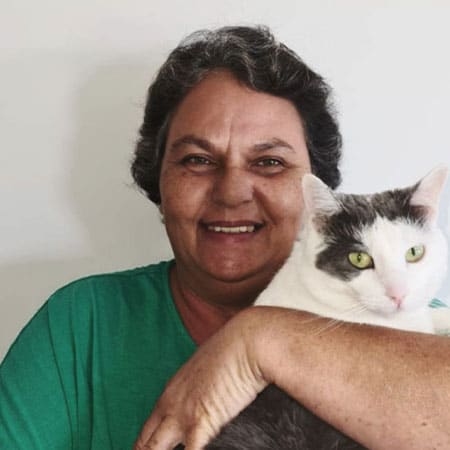 Charmaine too grew up in a home of animal lovers and has a burning passion for animals. Her family instilled values of rescue rather than purchasing animals from a young age which clearly rubbed off in a great way! She started fostering back in 2008 for a multitude of organisations, mainly focusing on orphaned kittens who needed bottle feeding.

It became clear that Charmaine had a passion for saving these tiny felines. In January 2019 Charmaine, Mish and Donna realised it was time for them to start their own organisation as with the current state of animal welfare in Cape Town, we can never have enough organisations to take on all the animals in need. Charmaine oversees everything to do with our feline babies coming in and out of RiL and without her, our cats would surely not cope.

Rescue is Life© - Together we can do so much more